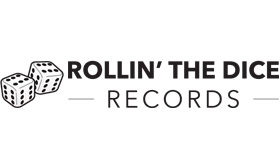 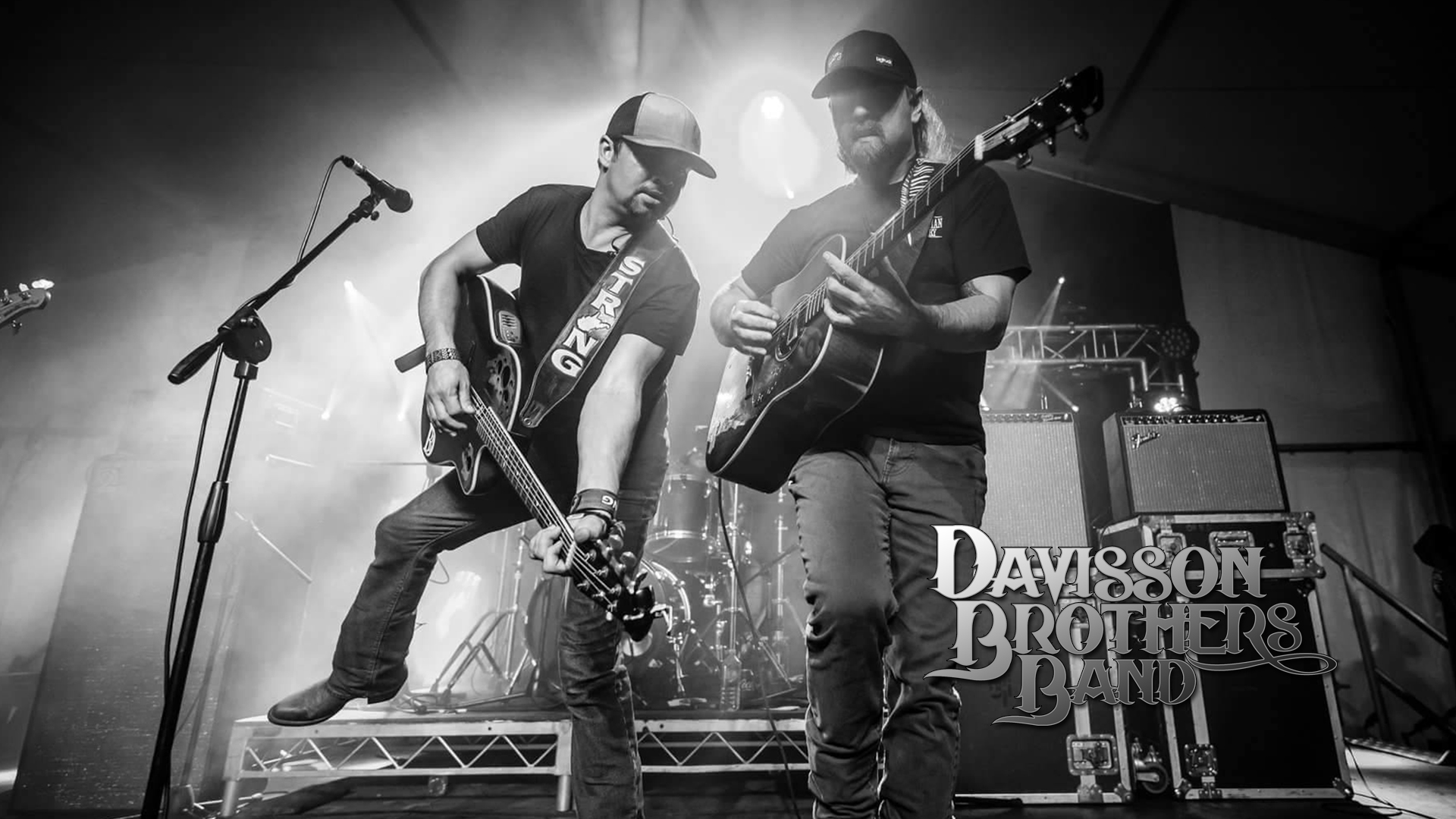 “Don’t lie to the man in the mirror.”

That phrase is slipped in to one key moment on “Black Like Cash,” one of eight songs on the Davisson Brothers Band’s album Fighter. But it says much about the life and career philosophies of a rough-edged, Southern-bred foursome that’s battled to keep its stylistic integrity and to carry on the deep roots of its West Virginia heritage.

“There’s always somebody trying to change something about you, but we’ve always said we were going to be honest to ourselves, and our music, and not be anything but who we are,” lead guitarist Chris Davisson says. “That’s maybe held us back a little bit before, but I think it’s pushing us forward now.”

Changing the Davisson’s would be pointless, because their musical foundations are classic, obvious and etched in stone. Lead singer Donnie Davisson commands attention with his working-class, Van Zant-like vibe, and the rest of the band – including drummer Aaron Regester – gives body to a punchy throw-down sound with echoes of the Marshall Tucker Band, Skynyrd, Bon Jovi, ZZ Top, Neil Young and 38 Special. The sonics are based in old-school rock ‘n’ roll, while the messages support all-American fundamentals: family, self-determination and satisfaction in a job well done.

Staying true to ‘self and staying within your means are bedrock ideals in Fighter, laced into the small-town pride of “Po’ Boyz,” the stand-up-to-a-challenge commitment in “Didn’t Come Here To Leave” and the burning, stand-for-something mentality of “Black Like Cash.”

It’s gotten them noticed. Rolling Stone Country hailed the Davisson Brothers Band as one of “10 New Country Artists You Need To Know,” and they have emerged as a regular component on the festival circuit. One of those performances – at the CMC Rocks the Hunter Festival in Australia – underscored their bona fide hit Down Under with “Po’ Boyz.”

Fighter, recorded with ace producer Keith Stegall (Alan Jackson, Zac Brown Band), represents their show well. Donnie sings with ferocity, and the instrumental parts – from Chris’ convincing solos to Regester’s powerful backbeats – are delivered with sinewy directness. They recorded the basic tracks for the project live in the recording studio, creating a project that can be reproduced in a concert setting with all the voicings transmitted accurately even in a cavernous arena.

“We intentionally tried not to overdo anything,” Chris says. “Less is more with us.”

Making more out of the hand that life dealt them is key to the entrepreneurial heritage of the Davisson’s, whose family has been planted on American soil for more than 325 years. Ancestor Daniel D. Davisson served in the Revolutionary War, and his contributions to the fight for independence earned him 400 acres in West Virginia, a plot of land that has since become the heart and soul of Clarksburg. He owned a saloon near the Harrison County Courthouse and kept a livery where customers could leave their horses while they conducted business and/or drank.

Generations later, the Davisson’s remain committed to the area, which still boasts the Daniel Davisson DAR Cemetery. The family lives on farmland that’s been handed down across time, still producing beans and garlic with the same strains grown on the land in that earlier era.

The Davisson’s were a musical clan – a passion for the fiddle was handed down through the family, though Chris and Donnie’s grandfather broke with tradition when he picked up a guitar in the mid-20thcentury. Their father, Eddie Davisson, became a working musician with a band that included their uncle, Pete Davisson, churning out country, rock and blues while playing 200 days a year. And that musical legacy impacted Donnie and Chris, who carried on the family tradition with a fiery intensity.

The Davisson Brothers Band started out, of course, in Clarksburg, but began to widen its footprint, touring around the Atlantic Coast and the Southeast. They built a significant reputation in the live market, though they deliberately took their time with the recording studio, waiting 15 years before they finally made their first album. They made that decision, in part, because their own family tree had impressed upon them the concept of legacy. And a recording leaves a permanent record that they have to live with.

“We look at it like gettin’ a bad tattoo,” Chris says. “We’ve made sure we could be proud of what we did and put a lot of thought into the music and who we made it with, to make it on point like our live show is.”

Though they stayed rooted in Clarksburg, the Davisson’s began commuting regularly to Nashville to write songs and take their music to the next level, and they became part of a significant artistic class. They count Brothers Osborne, Chris Janson, Chris Stapleton, Charlie Worsham and Tyler Farr among their buddies. Some of those artists, including Janson and Stapleton, played at Schmitt’s Saloon, a bar that the Davisson’s owned for a time in Morgantown, West Virginia. And Janson introduced them to Stegall.

“We picked Chris up randomly,” Chris Davisson remembers. “He ran out of gas down in Franklin, Tennessee, and he was on the side of the road after we had left the Castle Recording Studio one night. There’s this boy standing off the side of the road with the hood up, so we stopped and helped and ended up getting him some gas and exchanged phone numbers. We found out he was an artist and we’d heard of him. The next week, he was in West Virginia with us touring and opening shows for the Davisson Brothers.”

Another of their friendships connected the Davisson’s to their manager. They bonded with Nashville music entrepreneur Clint Woolsey, who casually mentioned that at some point they would be getting a call from his dad, Erv Woolsey. They knew who Erv Woolsey is – George Strait’s longtime manager – but they hadn’t realized that Clint was related. They took a meeting, of course, and a bond formed immediately.

“He’s more like family than our manager,” Chris says of Erv.

With those musical relationships solidified, Fighter– their sophomore album – documents the Davisson Brothers Band’s sonic lineage. The buzzing, party spirit of “Get Down South,” the die-hard resilience of the Southern rock ballad “Breathe” and the plaintive celebration of their homeland in “Appalachian American” all show facets of their deep-rooted musical storyline. Bluegrass stalwart Ronnie Bowman provides the third voice in the project’s three-part harmonies, and the collection ends with a fiddle vamp that symbolizes a ritual from the Davisson’s West Virginia history.

They carry that history with them now on the road. The Davisson’s stock up on canned vegetables from the family farm when they tour the U.S., they feel the ancestral pride in the blue-collar messages on Fighter, and they even found a common bond when they toured working-classic Australia in 2018 to support their new-found popularity in the southern hemisphere.

“Every kid there was doing the dance from the video, singing all of our songs word for word,” Donnie says. “It was the greatest feeling in the world. That was our dream come true, to stand on a stage like that in front of 20,000 or 30,000 and have all those people singing your song when you’ve never been there and you’re a long ways from home.”

There’s a sibling rivalry in the Davisson Brothers Band, but it’s what helped develop the “fight” in Fighter.

“If you spent 300 days a year with Jesus, you’re bound to get in an argument,” Donnie says with a laugh. “But the next day when you wake up, we’re still brothers.”

The Davisson Brothers Band is still out there slingin’ it, bringing the blood, sweat and tears from the American heartland to a world that increasingly recognizes and appreciates the real thing.

“We’re still fighting, you know,” Chris Davisson says. “We’re still moving forward and kicking down doors. We don’t like to ask for too much from people. We just put our heads down and work.”

And when they check in with the man in the mirror, there’s no need to make up stories or excuses. The Davisson Brothers Band is enjoying its success. They got it honest.